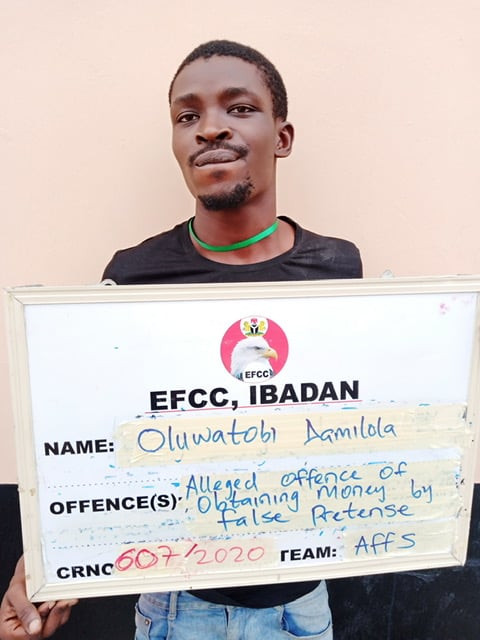 The Economic and Financial Crimes Commission, EFCC, Ibadan Zonal Office, on Tuesday, February 2, 2021, secured the conviction of one Oluwatobi Damilola Aina before Justice Ladiran Akintola of the Oyo State High Court, sitting in Ibadan, Oyo State. The 26-year-old who claimed to be a fashion enthusiast, was arrested on September 29, 2020, when the Commission got wind of his fraudulent activities and consequently charged to court on one-count charge bordering on impersonation. The charge reads, “Oluwatobi Damilola Aina, sometimes between the month of January and October 2020 at Ibadan within the Ibadan Judicial Division of this Honourable Court, with intent to defraud, falsely represented yourself as a female known as Namita Cooling”. He pleaded guilty to the charge and was convicted and sentenced to four months in prison. The court also ordered him to restitute items recovered from him to the Federal Government of Nigeria through the EFCC.The post Fraudster bags four months in Jail in Ibadan appeared first on Linda Ikeji Blog.