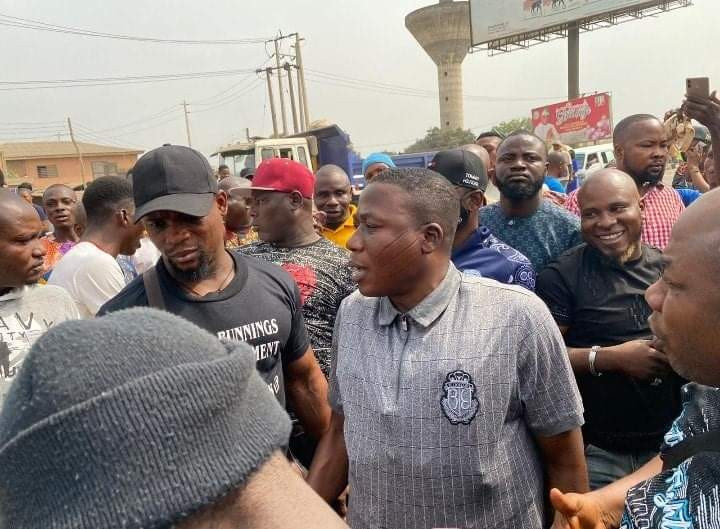 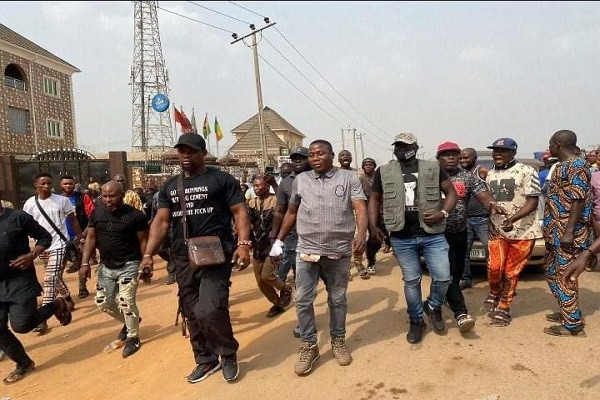 Igboho who stopped at  Abeokuta around 4pm to interact with some of his supporters, moved on to Ketuland where it was reported that some soldiers allegedly connived with herdsmen to flog farmers for not permitting them to graze their cattle in Yewa-North Local Government Area. 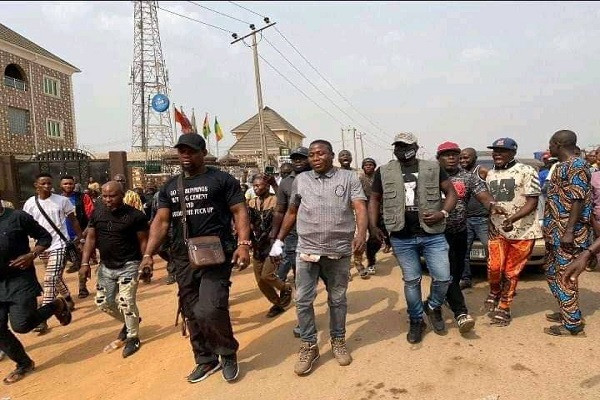 He said;  “I observe there is an injustice from the herdsmen because they know the power that they have in the Federal Government.“So, they behave as if Yoruba people are nobody. They kill our people, they kidnap our people, and they rape our women.“Any herdsman who engages in kidnapping would be flushed out.“Not only Igangan, we are going to visit all Yorubaland and ensure there is peace everywhere.” 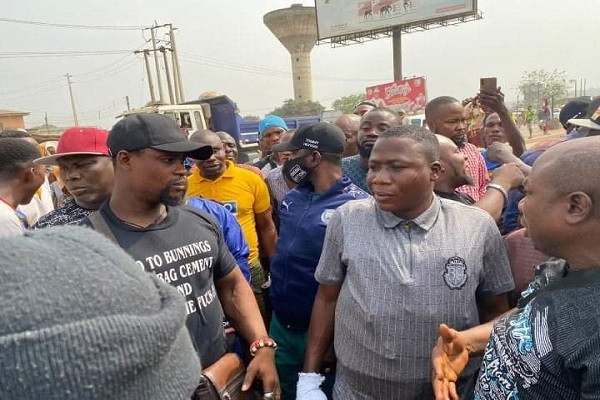 Igboho also thanked Governor Dapo Abiodun for allowing him in the state. He added;  “We have not visited the Governor, we will do that after we have flushed the Fulani herdsmen out of the state.“I am going to Yewa because that is where the Fulani are wreaking havoc.” The post Activist Sunday Igboho arrives Ogun state, declares war on killer herdsmen (photos) appeared first on Linda Ikeji Blog.