Police bust fake Covid-19 vaccine ring in China, arrest more than 80 people for putting ‘saline water into vials and selling them as vaccines’ 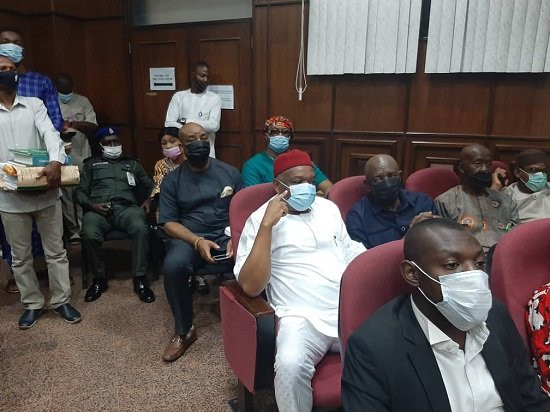 The re-arraignment of Former Abia state governor now Senate Chief Whip, Senator Orji Uzor Kalu, and two others have been shifted to June 7 2021.  The retrial was scheduled to hold today February 2. 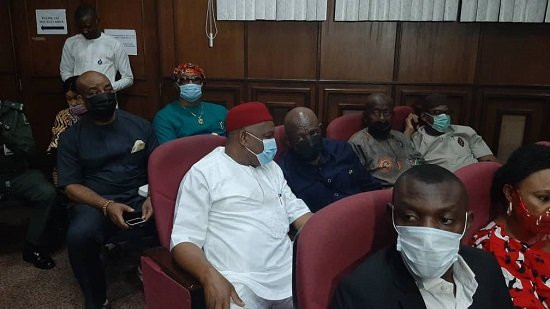 The retrial was postponed following a request by the Economic and Financial Crimes Commission for the case to be transferred for re-arraignment to Lagos where the alleged offence was committed by the defendants. EFFC counsel, Chile Okoroma, told Justice Inyang Ekwo that the anti-graft agency has written the Cheif judge of the Federal High Court demanding that the trial be moved from Abuja to Lagos based on a Supreme Court judgment. The counsel told the Court that the two letters dated Jan 20 and February 1 are yet to get the response of the Chief judge and consequently applied for the matter to be adjourned indefinitely. However, Justice Ekwo declined to adjourn the matter indefinitely and fixed June 7th for both parties in the matter to report back to the court. 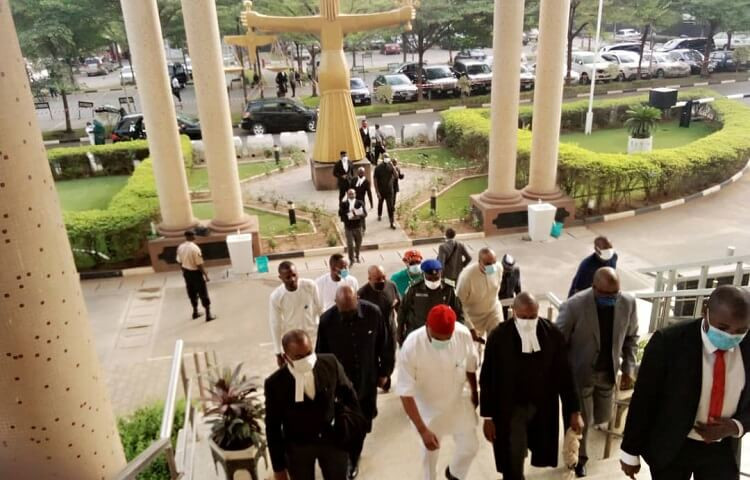 Recall that in December 2019, Kalu was sentenced to 12 years in prison after he was convicted for N7.1bn fraud alongside his firm, Slok Nigeria Limited, and a former Director of Finance during his tenure, Ugo Udeogu. He was accused of committing financial crime while he was in office.However, on May 8, 2020, the Supreme court nullified Kalu and Udeogo’s conviction on grounds that the presiding judge, Justice Mohammed Idris, lacked the jurisdiction to have presided over their case. He was released from Kuje prison on June 3, 2020. Displeased by the Supreme court’s ruling, the EFCC insisted on a retrial of the case.  He arrived at the court this morning but the case was however moved to June 7 on the insstance of the EFCC.   The post Alleged financial fraud: Court shifts retrial of Senate chief whip, Orji Uzor Kalu, till June 2021 appeared first on Linda Ikeji Blog.