“If you love them and want it to work, keep it off social media” – Tamar BraxtonÂ 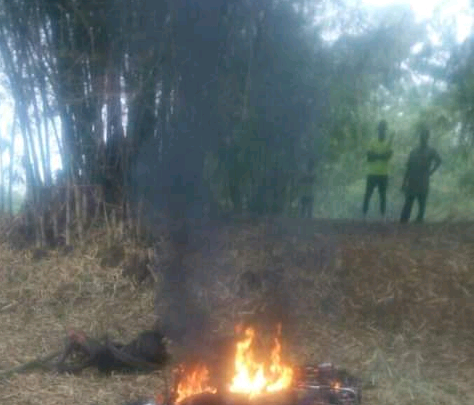 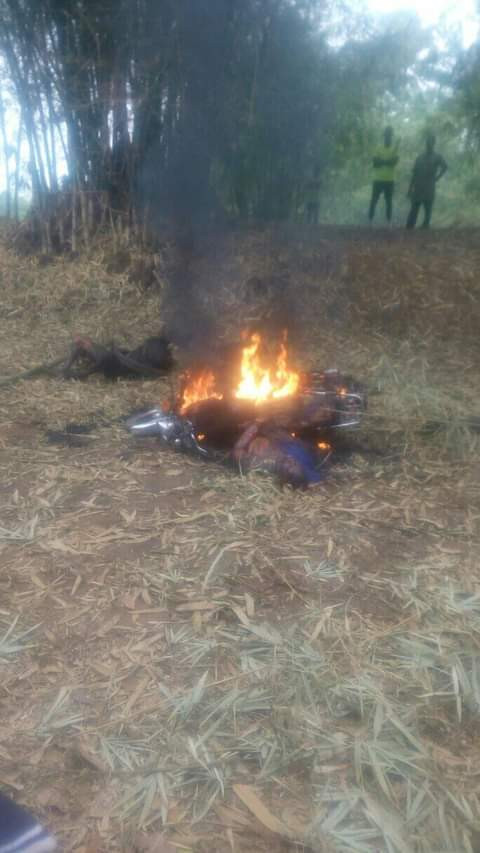 It was gathered that the three-man gang, who allegedly operated on a motorcycle stopped in front of the woman, pointed a gun at her and ordered her to hand over the Android phone to them. But she refused and instead raised an alarm which alerted villagers. The villagers, most of who were watching football from a nearby viewing center, mobilized against the robbers and attacked them. While one of them managed to escape, the other two were caught, beaten to a pulp and taken to the market square where they were set on fire by the mob. According to the villagers, the suspects were said have operated from Umutanze Community in Orlu Local Government Area and were notorious for robbing a Bet9ja outlets and other business centers in the community of huge sums of money in recent months. 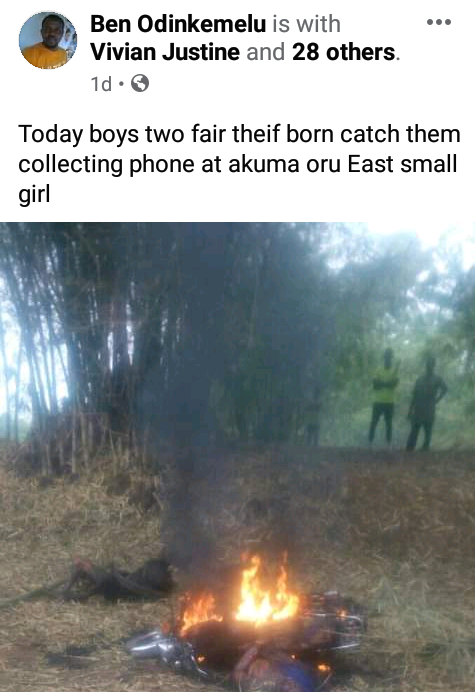