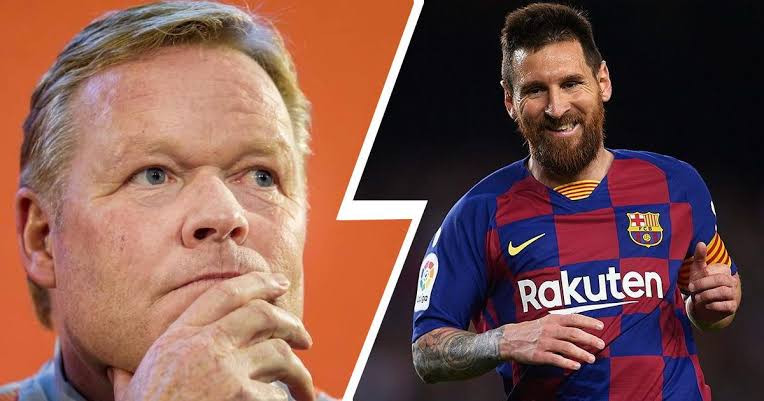 Barcelona boss, Ronald Koeman has admitted there is a chance star player Lionel Messi could leave the club at the end of this season and reject the option to sign a new deal with the club.Messi has scored 16 goals in 24 games to help the Barcelona challenge for silverware this season but has entered the final five months of his current contract at Camp Nou.The 33-year-old who has revealed his unhapiness at the club ever since he tried to force an exit last summer has insisted he will wait until the end of the season before making a final decision on his future.With serious interest in Messi from Paris Saint-Germain, Manchester City and Inter, Ronald Koeman says he’s “not confident” that Lionel Messi will stay at Barcelona, but cannot imagine him playing for another club. 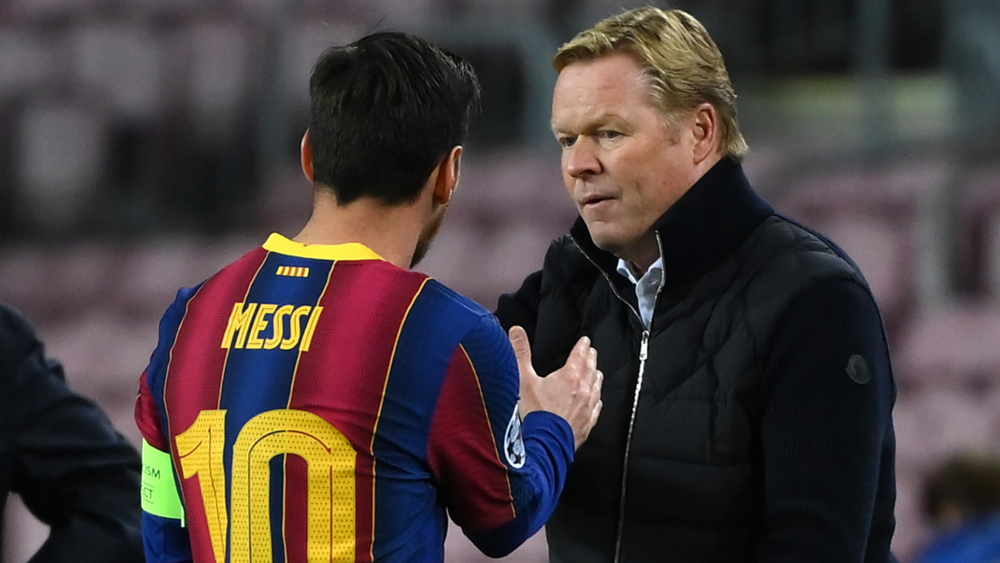 Asked if he thinks Messi will end up committing to fresh contract terms at Camp Nou, Koeman told The Athletic : “I’m not confident about that.”I’m hopeful, yes, about this because he’s still a great player and he’s still winning matches for us, for the team.”I’m enjoying being his coach, if you look at his qualities every day in the training sessions, it’s incredible.”Of course, he came as a young kid to Barcelona. And I still don’t see Leo Messi in another shirt other than the Barca shirt.”Koeman added on his relationship with the Argentine: “I don’t have any problems with Leo.”He is the captain of the team, I speak to Leo about tactical things and we have a really good professional relationship that I have with all the players.”But he is… OK, he’s the captain, so you always have more communication with him.”Koeman also revealed that Messi had a hard time accepting reality after he tried to secure a move away from Barca following their stunning Champions League exit at the hands of Bayern Munich last season, but was blocked by the club who stated that the release clause in his contract had expired.“It was a difficult time because he’s still the best player, but he was angry about some situations in the club,” said Koeman.“And he was not happy that he was in a team who lost 8-2 against Bayern Munich in the quarter-final of the Champions League. Of course, he was angry, he had to leave, he wanted to leave the team.“First of all, what I said to the club was, ‘OK, it’s not my problem. It’s a problem between the club and Leo Messi. And you have to resolve that’.”Finally, the club said, ‘We don’t make a transfer for him. He needs to stay’. It was a difficult time for Leo but he finally accepted it.“I spoke to him in his house before we started the season and I made plans with him and he was really enthusiastic. I knew that he had some problems with the club and I was out of that.”I said to Leo, ‘I’m really happy if you stay. If you don’t stay, it’s your decision and it’s what you have to handle with the club. If you stay, you will be part of the team and this will be your position to get all the best out of yourself’. Little by little, he accepted that situation.”And look how he is playing in the last few weeks, he is really involved in the club, in the team. But, nobody knows what will happen in the future.”  The post Barcaa coach, Ronald Koeman says he’s ‘not confident’ Lionel Messi will stay at Barcelona after this season appeared first on Linda Ikeji Blog.