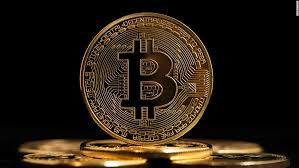 The Central Bank of Nigeria (CBN) has directed banks to close accounts of persons or entities involved in cryptocurrency transactions within their systems.  The apex bank gave the directive in a circular issued today February 5. The circular was addressed toall deposit money banks (DMBs), non-bank financial institutions (NBFIs), and other financial institutions (OFIs). In January 2017, the CBN had in a statement released, described bitcoin, litecoin, and others as digital currencies used largely used in terrorism financing and money laundering, considering the anonymity of virtual transactions and that such currencies are not accepted as legal tender in Nigeria. Also in February 2018, the apex bank warned Nigerians against trading in such digital currencies, stating that should any transactions with such currencies collapse, they wouldn’t be able to seek any redress. The statement released today by Bello Hassan, the director for banking supervision, and Musa Jimoh, director of the payment system management department, reads in part”“Further to earlier regulatory directives on the subject, the bank hereby wishes to remind regulated institutions that dealing in cryptocurrencies or facilitating payments for cryptocurrency exchanges is prohibited.Accordingly, all DMBs, NBFIs and OFIs are directed to identify persons and/or entities transacting in or operating cryptocurrency exchanges within their systems and ensure that such accounts are closed immediately.” 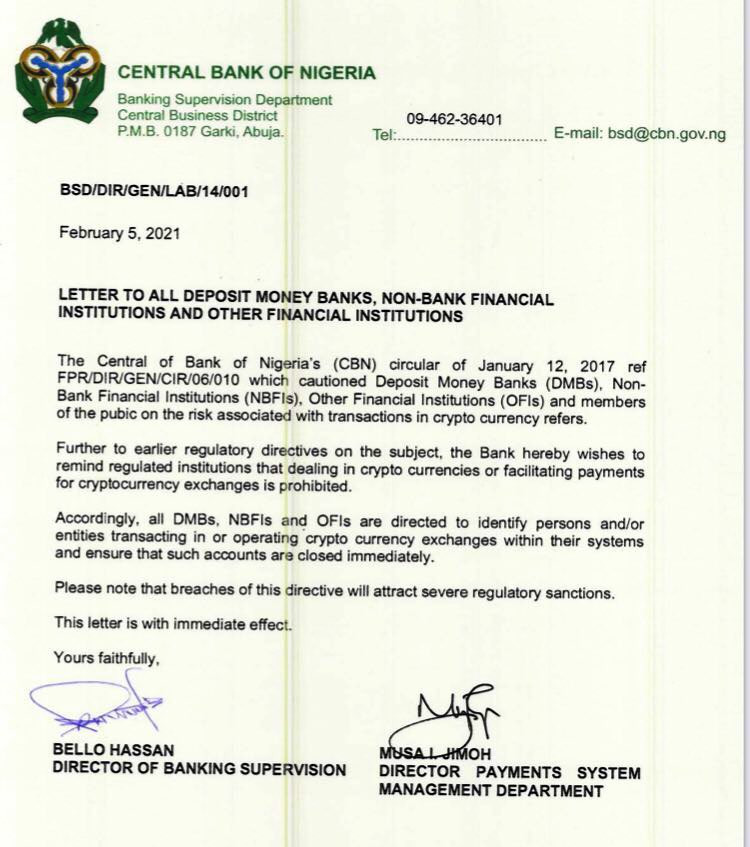