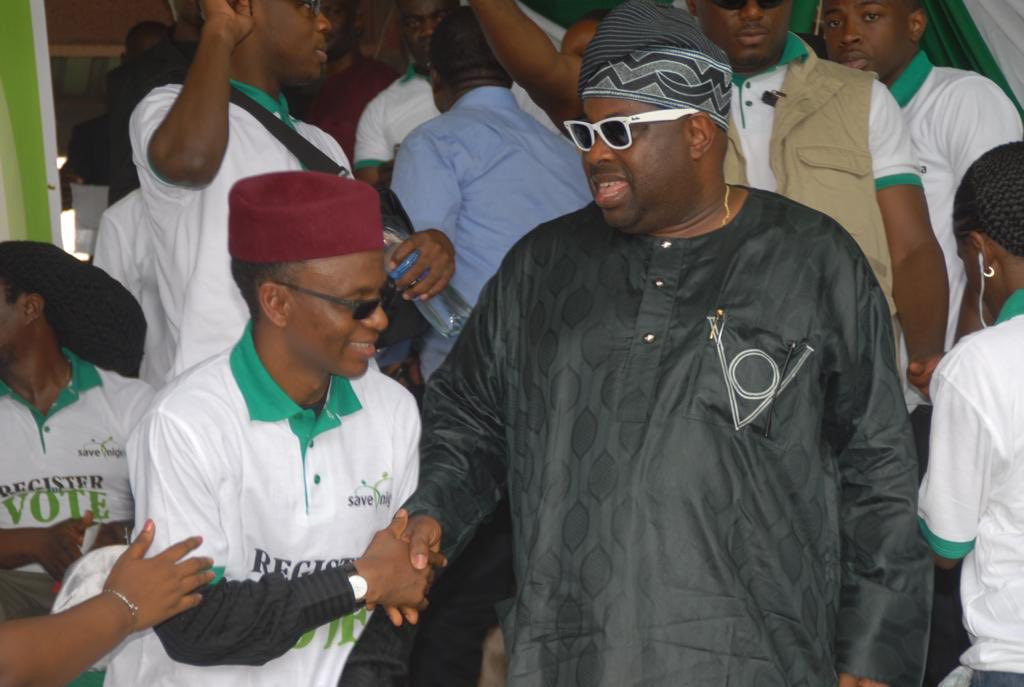 Media personality, Dele Momodu has narrated how Governor Nasir El-Rufai declined being his running mate in 2011 presidential election.  Momodu who disclosed that he was inspired by Barack Obama to contest in the election, described it as a misplaced hope as he contested and lost. He added that he gained an insight of politicians not being able “to win without the ticket of a major political party.” He tweeted;  In 2010, I had wanted MALLAM NASIR EL RUFAI to be my running mate during the 2011 Presidential race but he declined. We later met at an event hosted by GOVERNOR BABATUNDE RAJI FASHOLA at the Onikan StadiumIn 2011, Nigeria was still peaceful… I was inspired by OBAMA to think of contesting Presidential election in Nigeria but it was a misplaced hope as I contested and lost but gained an insight; it is almost impossible to win without the ticket of a major political party!! 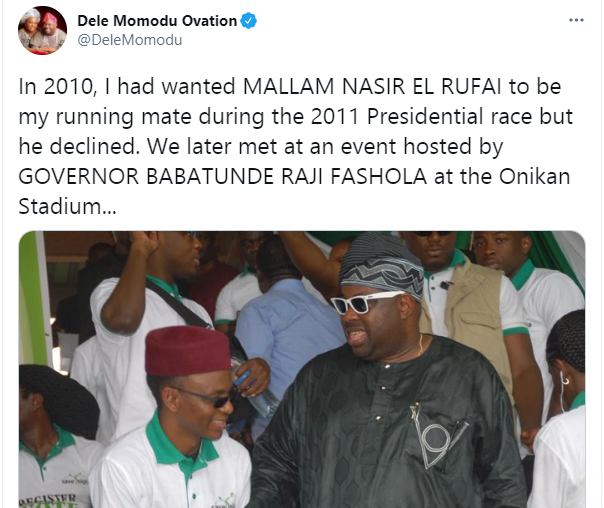