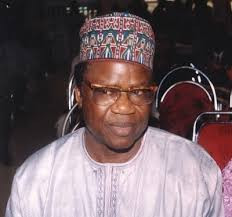 Former Minister of Information and Culture, Tony Momoh is dead at the age of 81.  Momoh who was appointed as Minister of Information and Culture by General Ibrahim Babangida, a position he held from September 1986 until 1990 died at his Abuja residence on Monday February 1.  Before his death, the lawyer and veteran journalist was the Pro-Chancellor and Chairman, Governing Council of the University of Jos.The post Former Information Minister, Tony Momoh is dead appeared first on Linda Ikeji Blog.