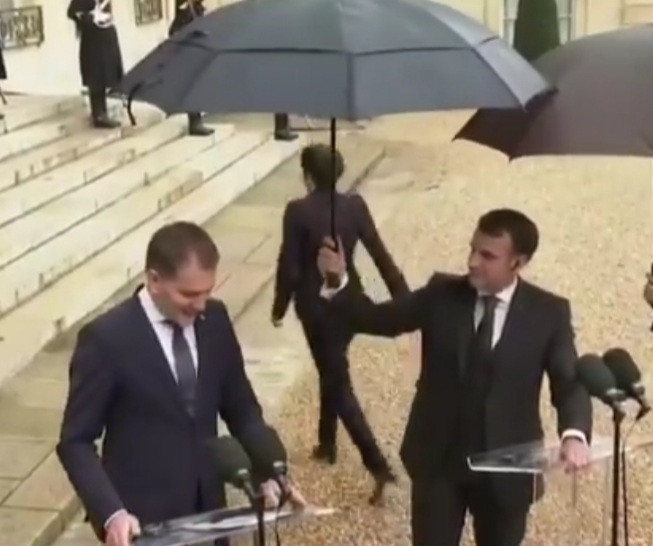 French President Emmanuel Macron held up an umbrella for Slovakia’s prime minister when it started to drizzle during their joint statement. In a video shared by Reuters, an aide is seen trying to relieve Macron of the umbrella but he declined and continued holding it over Igor Matovic. Some viewers have reacted, praising him for his humility. 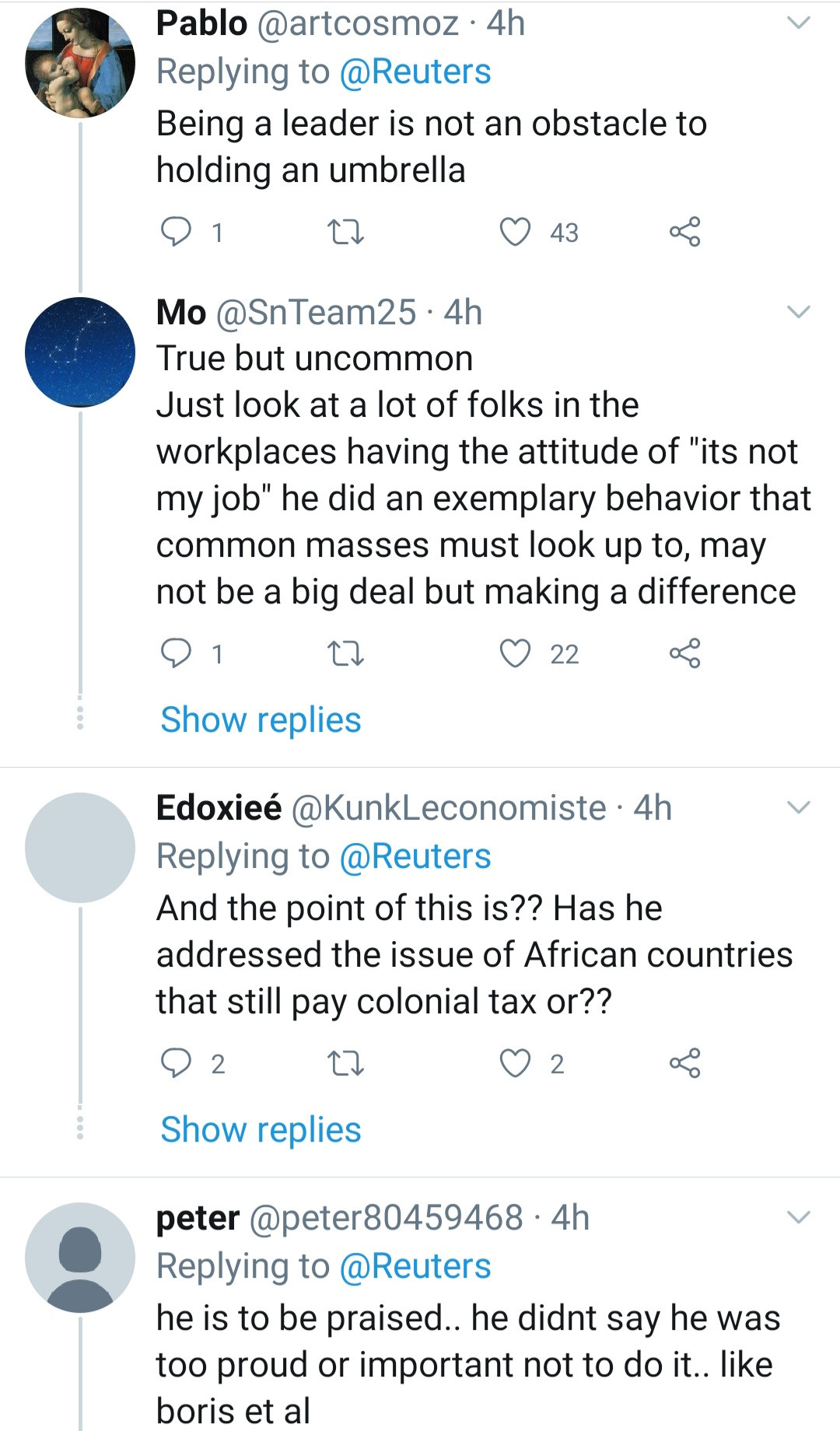 Watch the video below.      View this post on Instagram           A post shared by Lindaikejiblog (@lindaikejiblogofficial)The post French President Emmanuel Macron holds umbrella for Slovak leader and refuses to give it up even after an aid offered to relieve him appeared first on Linda Ikeji Blog.