“That’s my prayer” Ned Nwoko responds to follower who prayed his young daughter, Julia Nwoko, will marry a much older man

“Regardless of how anybody made money, it’s none of your business” Lilian Afegbai calls out judgemental people (video) 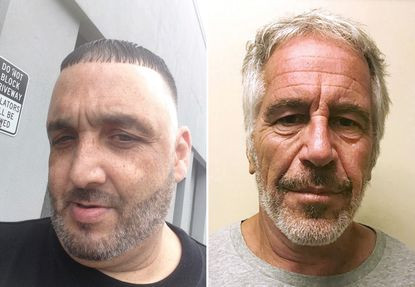 Before Jeffrey Epstein’s death, his final cellmate hesitated to leave a Manhattan jail because he had befriended the pervert, new court transcripts reveal.Efrain “Stone” Reyes was the last inmate to share a cell with Epstein before the accused sex trafficker’s suicide. Reyes, a recovering drug addict with an array of health problems formed an unlikely friendship with the multimillionaire sex offender, much to the surprise of other prisoners who rather bullied and harassed Epstein over his pedophile crimes.Reyes, who cooperated as a witness in a narcotics case at Brooklyn, was transferred from MCC to a private Queens jail commonly referred to by the name of its operator, GEO Group, on Aug. 9, 2019. Less than 24 hours later, Epstein was found hanging in his cell.The suicide shook Reyes, according to his attorney Marlon Kirton.“Mr. Epstein had trouble adjusting to being in jail and the population at the MCC. … He was finally placed with Mr. Reyes … They got along very well and they both helped each other.“Obviously [Reyes] wanted to move out of the MCC to GEO, but probably the only reason he didn’t want to be transferred out of the MCC was the relationship that he built up with Mr. Epstein,” Kirton said last year at Reyes’s sentencing.“I think my client’s presence stabilized Mr. Epstein, to a certain extent, and I think it was very hard on my client when Mr. Epstein committed suicide. It was very, very difficult.”Transcripts of Reyes’s sentencing were unsealed last week in redacted form .The transcripts reveal that Epstein bought Reyes, 51, contraband drugs to help him go to sleep.Reyes was released from GEO, officially known as the Queens Detention Facility in April after catching coronavirus. But he later died in November 2020 from covid-19 complications as he suffered breathing problems.“When I got arrested in 2018, I was a man with eyes but was blind. I had a brain, but I was thinking insane. And throughout this time, I got … a second chance in life. Nobody wants to go to jail, but getting arrested really saved my life,” Reyes said at the time he was released.On Nov. 27, he died at a Bronx apartment belonging to his mother and niece. The post Jeffrey Epsteins last cellmate hesitated to leave jail after befriending the pedophile – New court transcripts reveal appeared first on Linda Ikeji Blog.