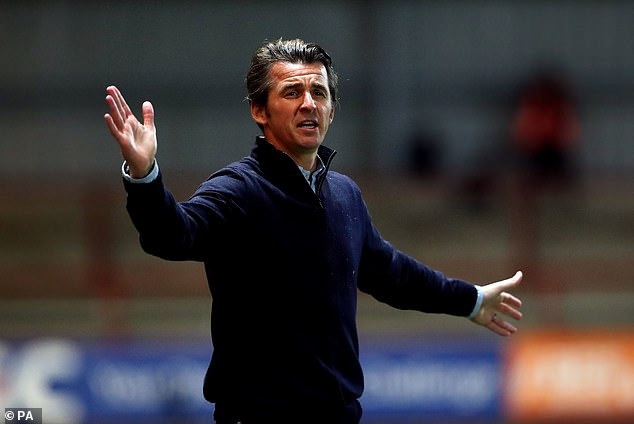 Bristol Rovers have confirmed the appointment of Joey Barton as the club’s new manager on a two-and-a-half-year deal.  The former Manchester City, Newcastle, and QPR midfielder, 38, has been unemployed since leaving Fleetwood Town in January following a bust-up with the club’s former striker Ched Evans.  The ex- England international signed a deal at the Memorial Stadium until 2023, replacing Paul Tisdale who was sacked earlier in February after just three months in charge. He will be joined by assistant manager Clint Hill, with Rovers confirming their current coaching staff will remain in place.  Rovers president Wael Al-Qadi told the club’s official website: ‘Joey’s experience in the game is matched by his passion for coaching and delivering results, which made him a standout candidate for the role. ‘He’s got a good knowledge of the league already thanks to his spell at Fleetwood and has shown his credentials at delivering results and getting the best out of the players he works with. ‘We are confident that he will be able to continue the ongoing development of the younger players coming through the ranks at the Club and speaking to him, I know his ambitions align with what we want to achieve as a football club.’ The post Joey Barton appointed new manager of Bristol Rovers just one month after leaving Fleetwood Town following bust-up with a striker appeared first on Linda Ikeji Blog.