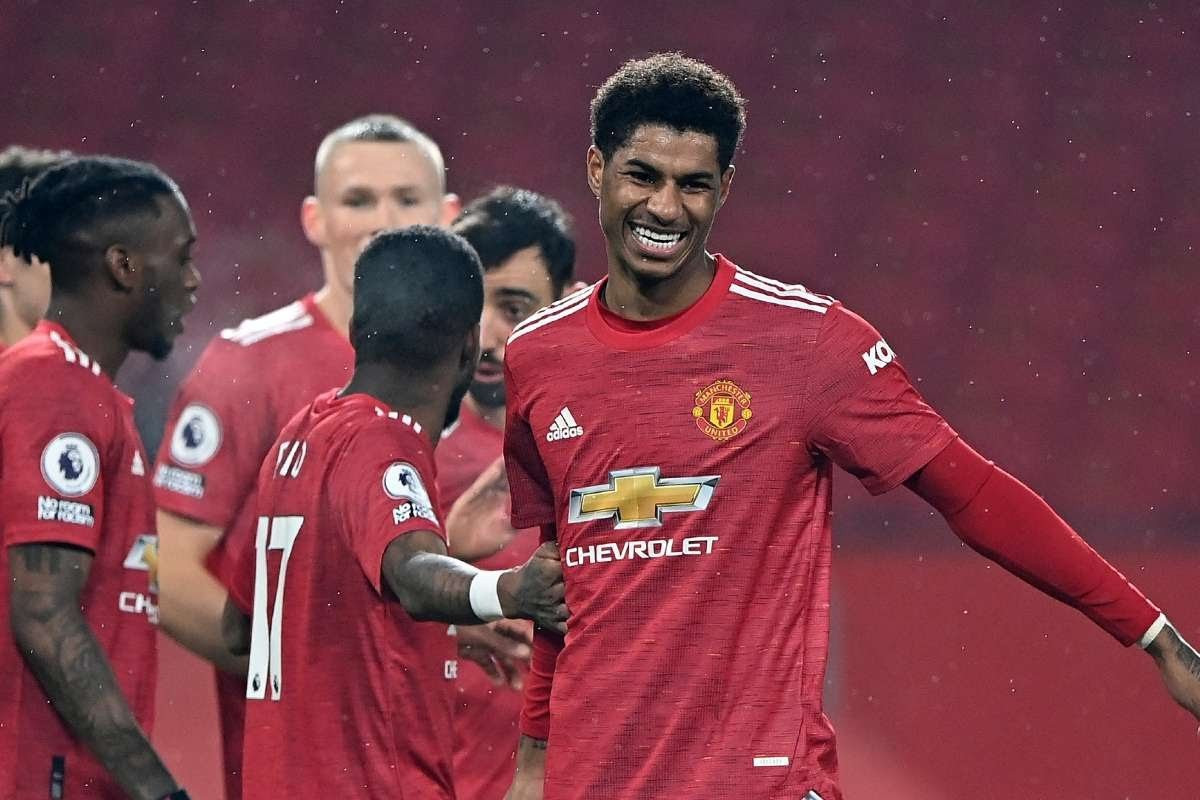 Manchester United football club of England on Tuesday, February 2, won against Southampton with a heavy 9-0 scoreline, the first time the club will win another club with over 4 goals in the league since Sir Alex Ferguson retired in 2013. The match was a contest for less than two minutes as visiting midfielder Alexandre Jankewitz was shown a straight red card early on for a lunging challenge on Scott McTominay. United went on to score four goals in the first half, with Aaron Wan-Bissaka, Marcus Rashford and Edinson Cavani finding the net. Jan Bednarek also scored an own-goal. Five strikes followed in the second as Anthony Martial netted after coming on at the break before goals from Scott McTominay and Bruno Fernandes, and another Martial strike. Daniel James rounded off the scoring. Southampton were reduced to 9 men after the referee, Mike Dean had no hesitation in pointing to the penalty spot after Man United’s Martial took a tumble in the box, in close proximity to Saint defender, Jan Bednarek.  Dean then consulted the pitchside monitor to review his decision, and compounded Bednarek’s misery by brandishing his second red card of the evening. Southampton player, Adams scored later in the game but the goal was ruled out for the tightest of offsides after a VAR review. 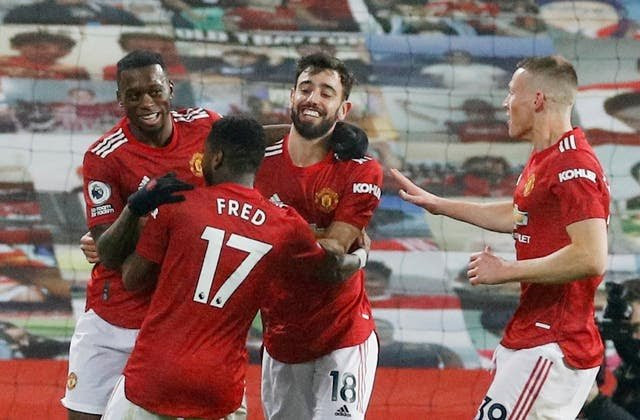 With the win, Manchester United have now set the joint highest win in Premier league history . 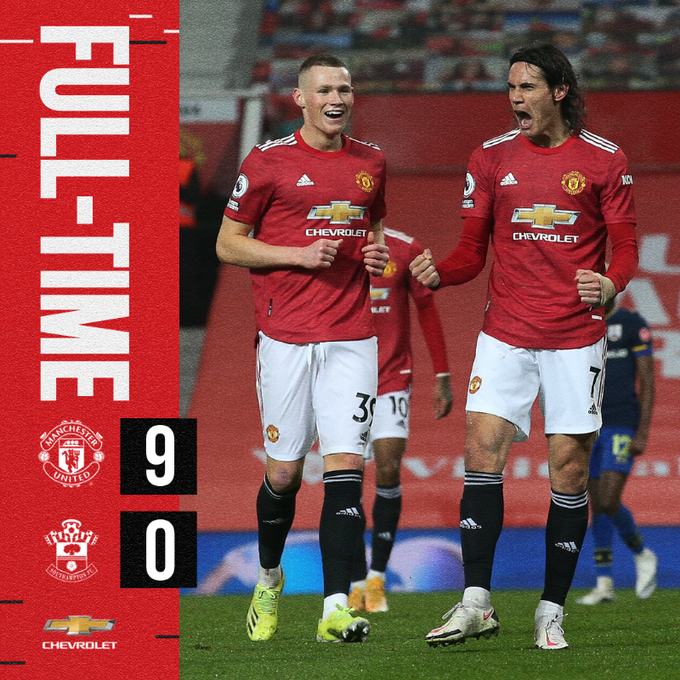 The Reds are now level on points with Manchester City ahead of their game against Burnley on Wednesday night, although Pep Guardiola’s side do have two games in hand on the Old Trafford club.See some reactions from fans below. 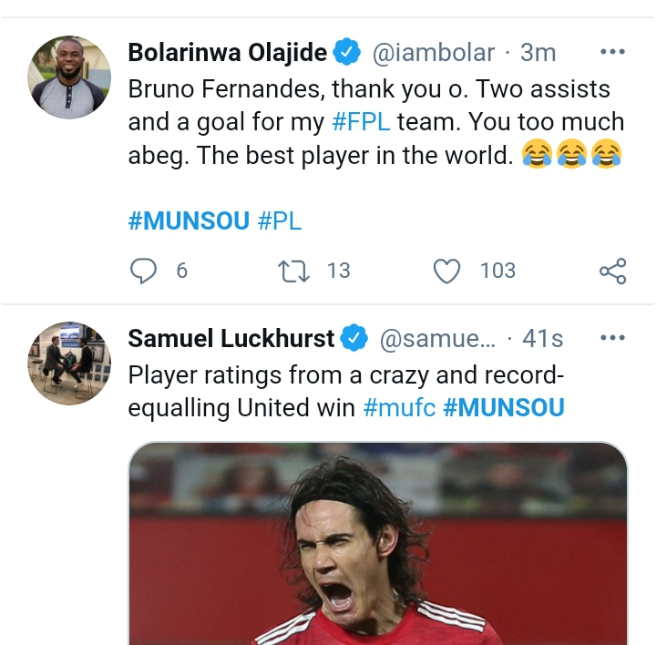 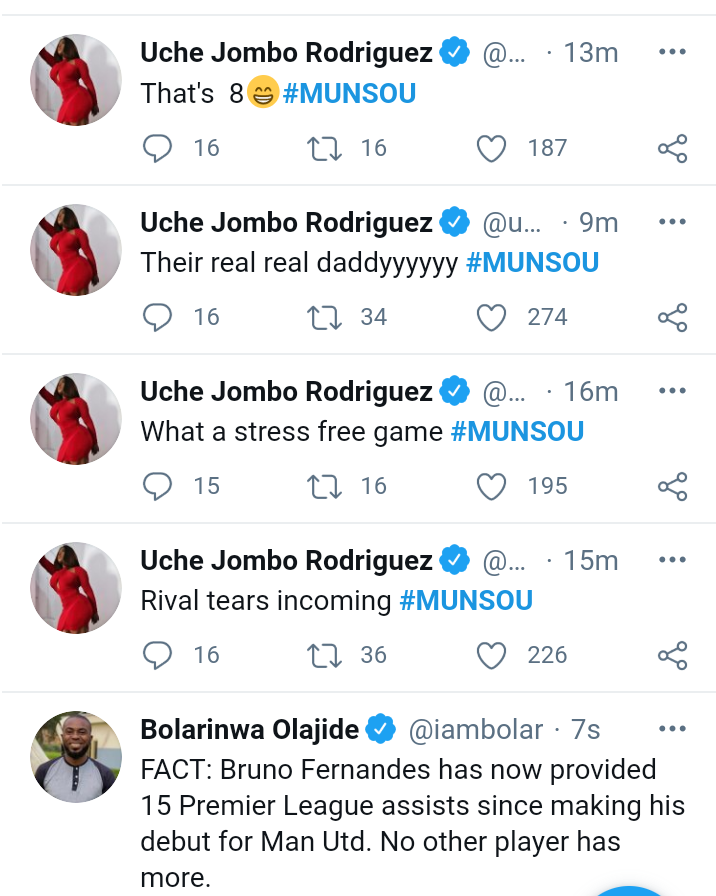 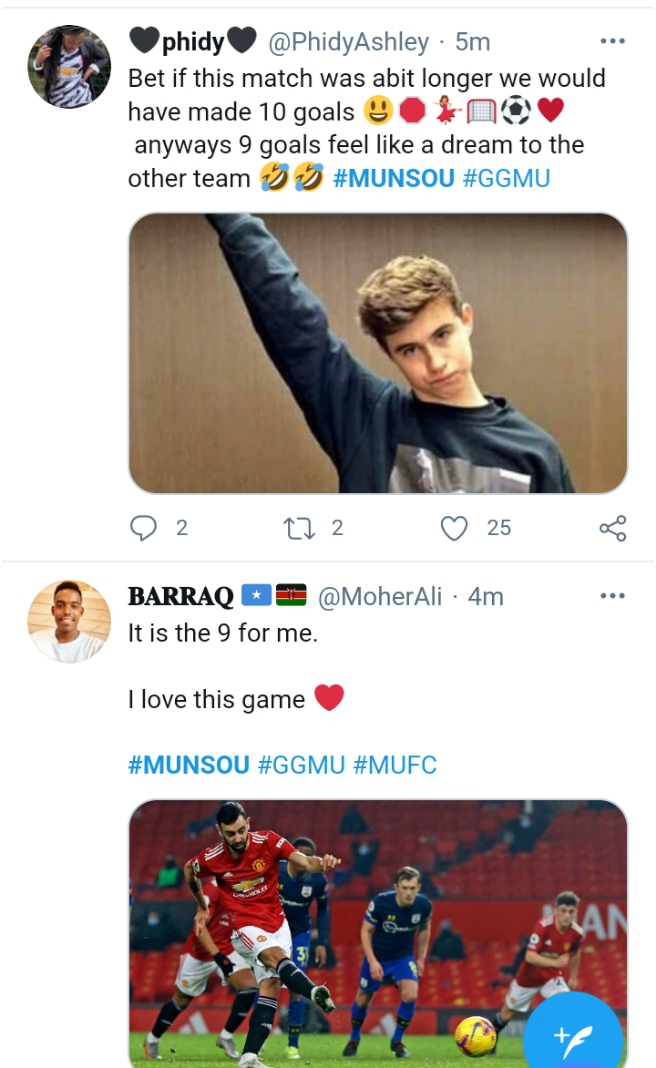 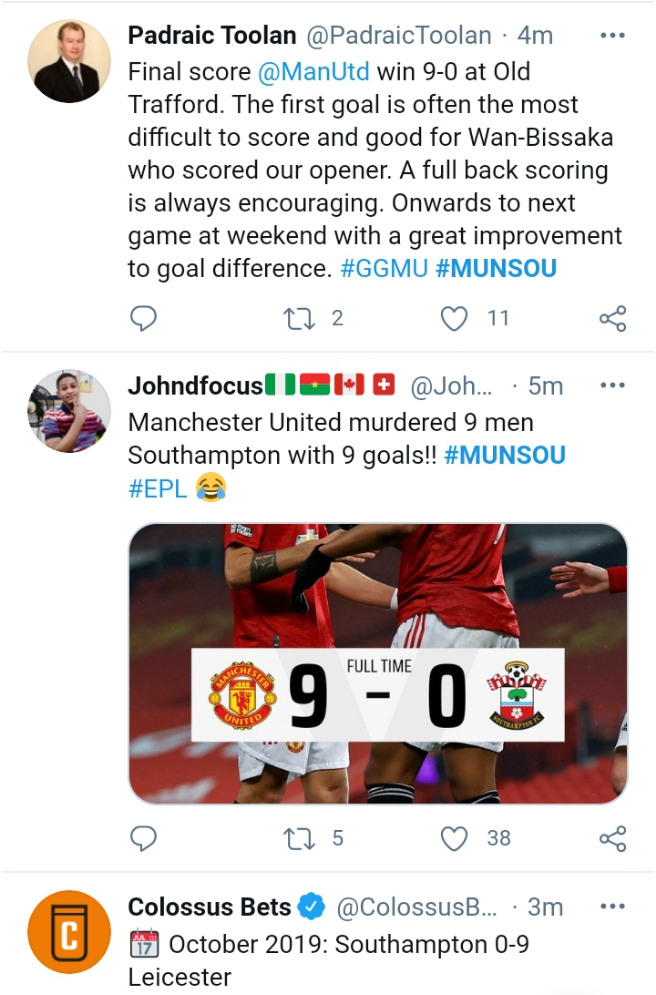 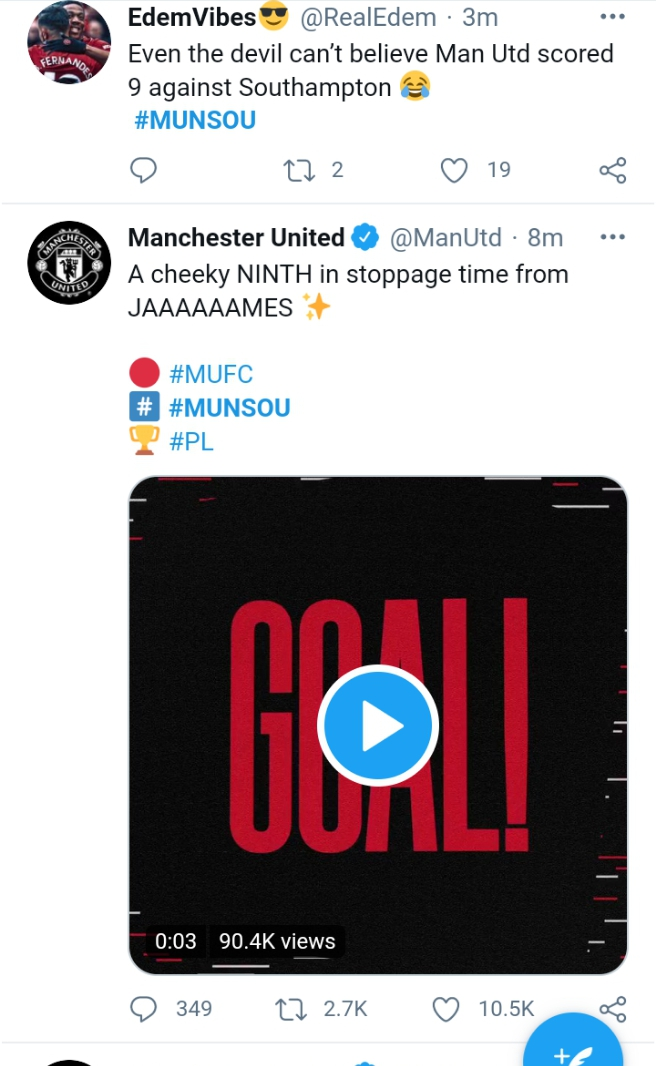