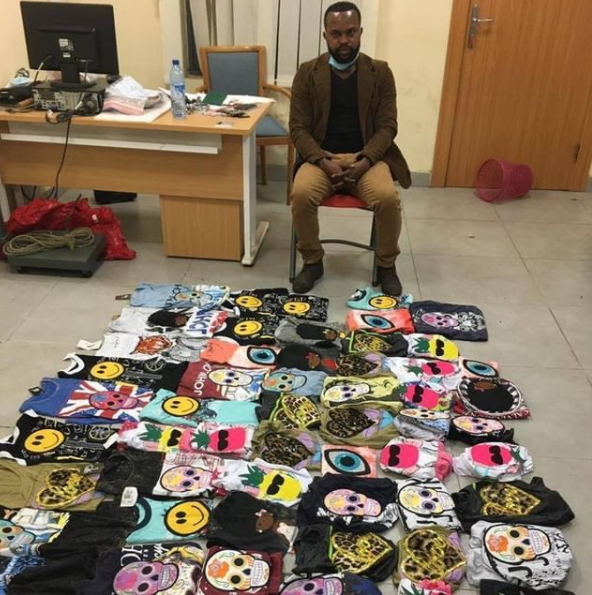 A suspected cocaine trafficker identified as Ukaegbu Bright Onyekachi has been arrested by operatives of the National Drug Law Enforcement Agency (NDLEA) at the Muritala Muhammed International Airport (MMIA) in Lagos. Onyekachi who arrived Nigeria on board Ethiopian airways from São Paulo, Brazil via Addis Ababa, was nabbed with 3.30 kilograms of the illicit drug during the inward clearance of passengers on Ethiopian Airlines at the E arrival hall of the MMIA. NDLEA commander at MMIA, Ahmadu Garba said “the hard drug was cleverly concealed in T-shirts stickers” but was nabbed by eagle-eyed detectives. The post Nigerian drug trafficker who hides cocaine in t-shirts arrested by NDLEA appeared first on Linda Ikeji Blog.