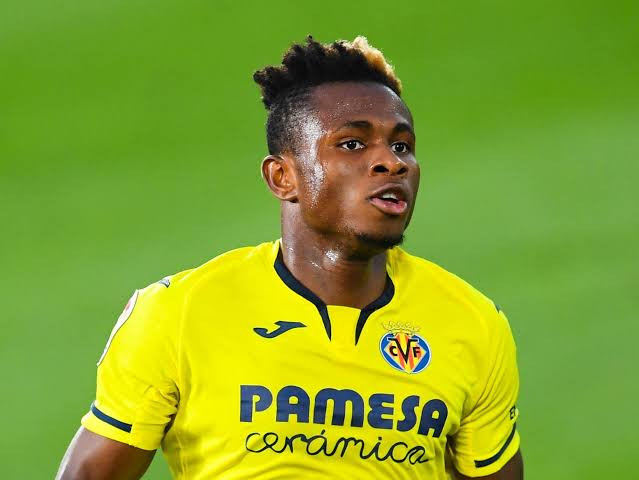 Villarreal and Super Eagles winger, Samuel Chukwueze has undergone successful surgery after traveling to Munich, Germany for the medical procedure.The Nigeria international aggravated the groin injury during the club’s 4-0 win at Celta Vigo in a Spanish top-flight game.The injury has made him miss fixtures against Tenerife, Granada, Huesca, Girona, Real Sociedad and Levante.The club has now confirmed that the 21-year-old’s operation went well alongside teammate Ruben Pena.“Samuel Chukwueze, who has been out injured receiving treatment for discomfort in his groin, has undergone surgery this morning [Thursday] by Doctor Ulrike Muschaweck in Munich, hoping to definitively relieve him of the said pain,” a statement from the club website read.“Ruben Pena suffered muscle damage to his left hamstring in yesterday’s Copa del Rey quarter-final against Levante.“Both footballers’ recovery time will depend on how they progress.”Chukwueze,  has featured in 17 games for his club this season.He joined the Spanish side from Diamond Football Academy following his spectacular performances in Chile where he was named the third-best player at the under-15 world cup.The post Nigeria’s Samuel Chukwueze of Villarreal undergoes successful surgery appeared first on Linda Ikeji Blog.