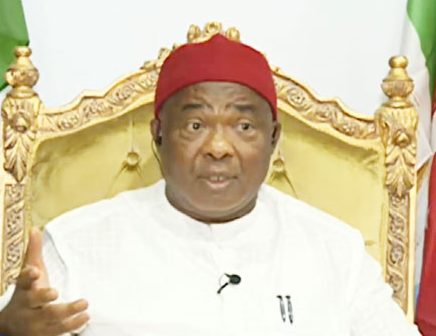 Governor Hope Uzodinma of Imo state has said that come 2023, he is certain that Nigerians will come out en-mass and vote for the ruling APC. Governor Uzodinma said this during an interview on Channels Television on Wednesday night, February 3. “Giving the activities and achievements of President Muhammadu Buhari as the President of Nigeria, there is no doubt that Nigerians would vote APC again.I don’t agree that after 2023 when President Muhammadu Buhari would no longer be the President of Nigeria that the APC would be weak, no.” he saidThe governor also expressed hope that the party would emerge stronger after President Buhari’s tenure elapses in two years’ time.  The post No doubt Nigerians will vote for APC again in 2023 Gov Uzodinma says appeared first on Linda Ikeji Blog.