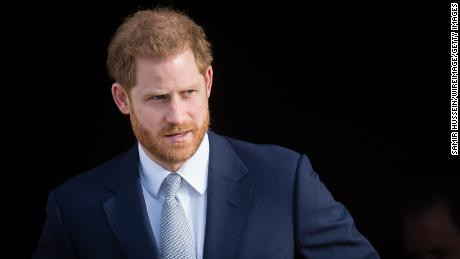 UK Royal, Prince Harry has won a legal dispute with top UK tabloid, Daily Mail, saying that he has gotten “significant damages” over an article alleging he had turned his back on the UK Royal Marines.’The Mail on Sunday’ published the article “Top General accuses Harry of Turning his Back on the Marines” on October 25, 2020, and the MailOnline published an almost identical piece.Both stories alleged that the prince had “snubbed” the Royal Marines and the British military and ignored correspondence from Lord Dannatt, a former Chief of the General Staff.”All these allegations are false as the Mail on Sunday and the MailOnline have now accepted, albeit after considerable damage was already done,” Afia said on Monday.Jenny Afia, a lawyer for the The Duke of Sussex, said in a statement to open court on Monday, February 1, that “the baseless, false and defamatory stories published constituted not only a personal attack on the Duke’s character, but also wrongly brought into question his service to this country.”The Duke, after getting financial settlement which was undisclosed to the press, has requested the damages received go to his foundation- the Invictus Games Foundation, “so he could feel something good had come out of the situation,” his lawyer said. Prince Harry served in the British military, and flew combat missions in Afghanistan. He then opened the Invictus Games to support wounded members of the armed forces. The Mail on Sunday offered to settle the dispute, saying it would publish apologies, pay substantial damages and not repeat the same allegations. Back in December, the newspaper ran an apology to the prince detailing the shortcomings in the article.”The Mail on Sunday and MailOnline publicly admitted in open court that they pushed a completely false and defamatory story. And they’ve apologized for questioning The Duke of Sussex’s commitment to the Royal Marines and British Armed Forces,” a spokesperson for The Duke of Sussex said. The post Prince Harry wins ‘significant damages’ in legal dispute with Daily Mail newspaper appeared first on Linda Ikeji Blog.