R.Kelly’s associate pleads guilty to attempting to bribe witness not to testify against the singer

Here’s how you can attend the Unveiling of Dr. Oyinkansola Jinadu Latest Book ‘The King of my Gifts’ | February 6th

R.Kelly’s associate pleads guilty to attempting to bribe witness not to testify against the singer 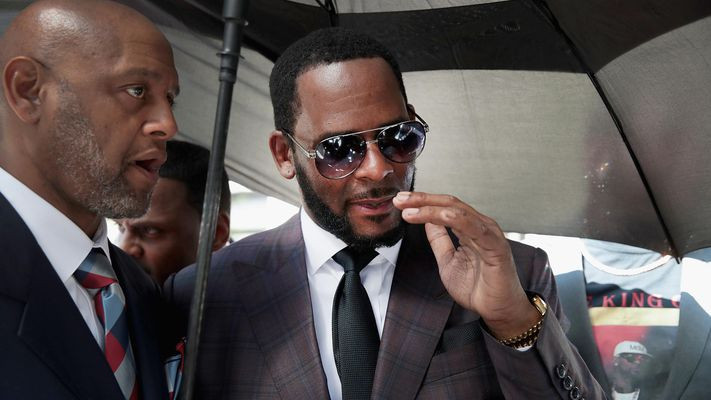 An associate of R&B singer R. Kelly pleaded guilty this week to trying to bribe a witness to keep her from testifying against the singer. Richard Arline Jr., of Dolton, Illinois, admitted in a Brooklyn Federal Court teleconference that he tried to pay off a woman known in court documents only as Jane Doe to stop her from sharing any electronic evidence against Kelly, who is awaiting trial on sex trafficking charges. Prosecutors said he offered the woman $500,000 on Kelly’s behalf. Arline was caught offering the bribe on recordings the woman made on the advice of law enforcement.  In the clips, Arline offers her $500,000 if she refuses to testify. The unnamed woman refuses and counters with $1 million.  Other recordings used by law enforcement include a conversation with another man in which Arline seems to admit the woman has a substantial amount of evidence against Kelly.  “Rob, if I had talked to Rob on the phone and Rob got the money, he gonna pay [first name of Jane Doe] to be quiet,” Arline said according to documents. “Like if I had a way to talk to Rob, being next to him, and telling him what’s going on, without nobody listening to, no feds, nobody, he gonna pay her ass off to be quiet. She got too much. She got too much.” During the hearing, Arline apologized for what he had done in a short statement to the court. “I knew what I did was wrong, and I’m sorry,” Arline said. Arline is one of three men charged with bribing or otherwise intimidating witnesses around the R. Kelly trial.  Kelly’s manager, Donnell Russell, allegedly threatened to spread nude photographs of another woman if she refused to back out of the trial against Kelly. “Pull the plug or you will be exposed,” Russell wrote in the message, sending along cropped nude photos of the woman to her lawyer. Another associate, Michael Williams is believed to have set an SUV on fire in front of the home of one of the accusers. “It might be wise for you to protect your daughter from heartache she’s gonna endure through this and after,” Williams wrote to the woman’s father, according to evidence in his indictment. “She had to live with every stain you guys create publicly.”  Arline is scheduled to be sentenced in June. Federal bribery charges carry a maximum sentence of 15 years in prison.  R. Kelly, 54, is accused of running a racketeering scheme that trafficked girls and women at his shows. He also is charged with having sexual activity with three girls under the age of 18 and making child pornography, as well as with knowingly transferring herpes to a groupie. The Brooklyn federal trial which has been repeatedly delayed due to COVID-19 is now scheduled to start on April 7. The singer is being held in Chicago federal jail, where he is also awaiting a federal trial on child porn charges that will take place after his Brooklyn trial.The post R.Kelly’s associate pleads guilty to attempting to bribe witness not to testify against the singer appeared first on Linda Ikeji Blog.