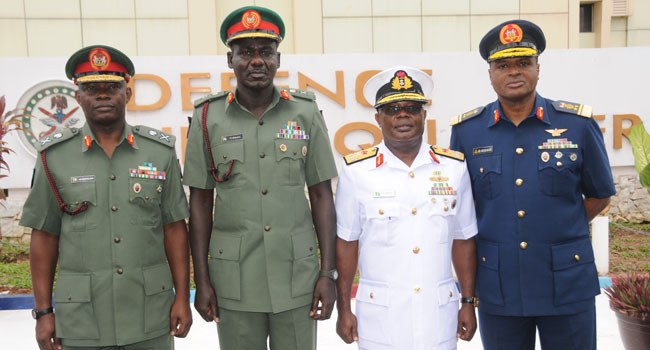 The nomination of the immediate past service chiefs as non-career ambassadors, was on Tuesday February 23 confirmed by the senate despite criticisms.  Though Senate Minority Leader Enyinaya Abaribe faulted this by questioning the nomination and confirmation of the ex-service chiefs when the Senate had on three different occasions called for their sack and also wondered why the petitions against the former service chiefs were dismissed without explanations,  Senate President Ahmad Lawan maintained that their confirmation cannot be held back because they are on a different assignment. Lawan who further stopped further debate on the case, added that the former service chiefs had served the country to the best of their abilities.The post Senate confirms nomination of service chiefs as ambassadors appeared first on Linda Ikeji Blog.