Free Training on Epoxy Business and Epoxy installations in Lagos, Enugu and Owerri 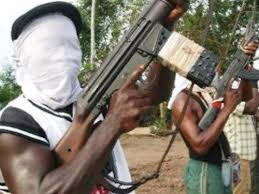 Six gunmen suspected to be armed robbers have attacked accountants attached to the Cabinet Department of the Ekiti State Governor’s Office, snatching N20m from them. The Nation reports that the accountants had gone to a bank at Government Secretariat Road, Ado-Ekiti, the state capital to cash the money and were on their way back to their office when they were attacked by the robbers who carted away the money. “The officials were paymasters and accountants attached to the Cabinet Department of the Governor’s Office. They went to make withdrawal at the behest of their superiors and while returning, the robbers waylaid them at a place between the Chicken Republic and Fajuyi Park and dispossessed them of the huge cash.”an eyewitness said Confirming the incident, the state’s Commissioner of Police, Babatunde Mobayo, said “Some persons have been invited by the police for interrogation and further investigation while serious effort is ongoing to arrest the fleeing suspects” The post Suspected armed robbers attack Ekiti state workers, cart away N20m appeared first on Linda Ikeji Blog.