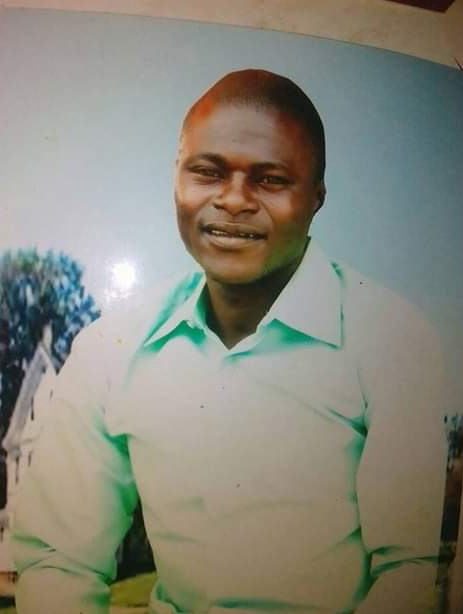 Mabo AgahGunmen suspected to be Fulani militia have killed two persons in Bassa local government area of Plateau State. It was gathered that Raphael Bawa was ambushed and shot dead by the gunmen at about 8:30pm on Tuesday, February 2, along Dundu-Maiyanga road in the local government.  Shortly after the incident which occurred in Irigwe Chiefdom, the gunmen also shot another villager identified as Mabo Agah. Agah was rushed to the nearby hospital where he died in the early hour of Wednesday February 3, following a complication from the gunshots injuries he sustained. 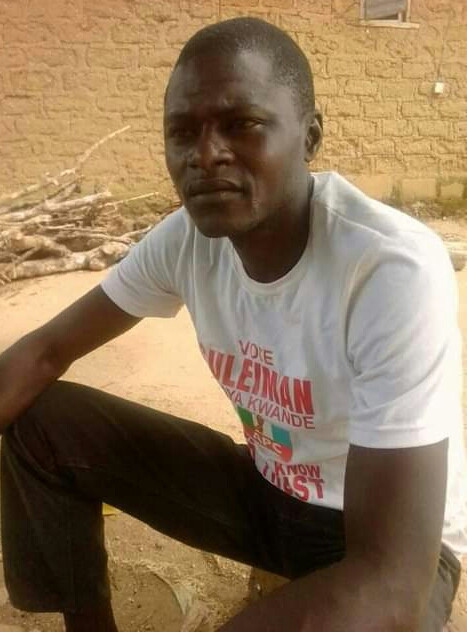 The National President of the Irigwe Youths Movement, Ezekiel Bini who confirmed the incident to the Nigeraian Tribune, said the two men were returning from a neighbouring village when the gunmen suspected to be Fulani herdsmen opened fire on them.  “After the attack, the Fulani militia regrouped and advanced to a nearby village to attack them again. When our people got wind of the situation, they mobilized themselves to push back the assailants and in the process, the Fulani militia shot one of our youths whose name is Mabo Agah. Agah who is 40 years with one wife and a child was rushed to the hospital but he died this morning,” he said. Bini said that the incidents had been reported to the Commander in charge of Sector 3 of the Special Task Force maintaining peace in the area as well as the Divisional Police Officer in the Council Area. 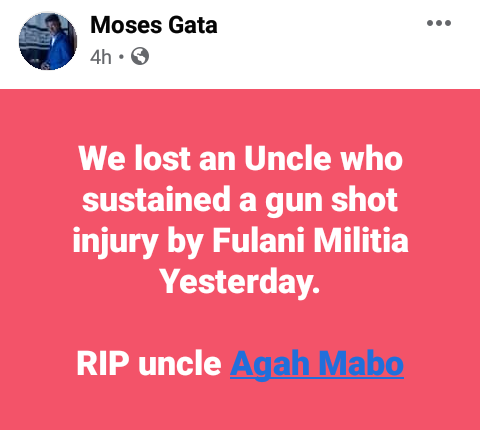