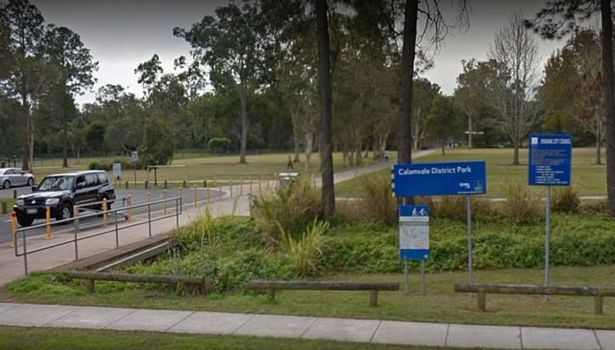 Two 15-year-old girls were drugged and gang raped by 10 men in Calamvale District Park, south of Brisbane, in Australia, after meeting one of the men on Snapchat, a court has heard.According to court papers, the girls pleaded with them to stop during the attack but they refused.Four men have now been charged with drugging and sexually assaulting the girls.The court heard one man, aged 19, told one victim to “suck my d***” during the alleged sexual assault.The 19 year old faces 40 charges including 16 counts of rape.He tried to apply for bail in Brisbane Magistrates Court on Monday, February 1 but it was denied.Police say the girls came into contact with one of the men on Snapchat, before meeting up with them on December 28. According to court papers, the girls were plied with alcohol and drugs before they were raped and threatened with a broken bottle by the men.Senior Constable Min Hu told the court: “They were aware of their age.”They seduced them with alcohol and drugs and raped them.”He said each alleged rape lasted “10 to 15 minutes” and the 19-year-old man told one of the girls “sorry if we hurt you”.Defence lawyer, Bianca Van Heerden said her 19-year-old client was at the park on the night, but denied the accusations.She said the charges have come as “an absolute shock” which he plans to “strongly contest”, The Courier-Mail reported.Ms Van Heerden said her client had cannabis for his “personal use” and supplied the alcohol, which was “shared” by him and the girls, but he did not know the teenagers were underage and “was led to believe the girls were older than they were.”The court heard there are claims the alleged sexual assaults were filmed, but there is no evidence of footage as at press time.Queensland Police Commissioner Katarina Carroll said: “This is an absolutely sickening incident, and something those young girls will have to live with for the rest of their lives.” The post Two girls, 15, ‘drugged and gang-raped by 10 men’ after meeting on Snapchat appeared first on Linda Ikeji Blog.