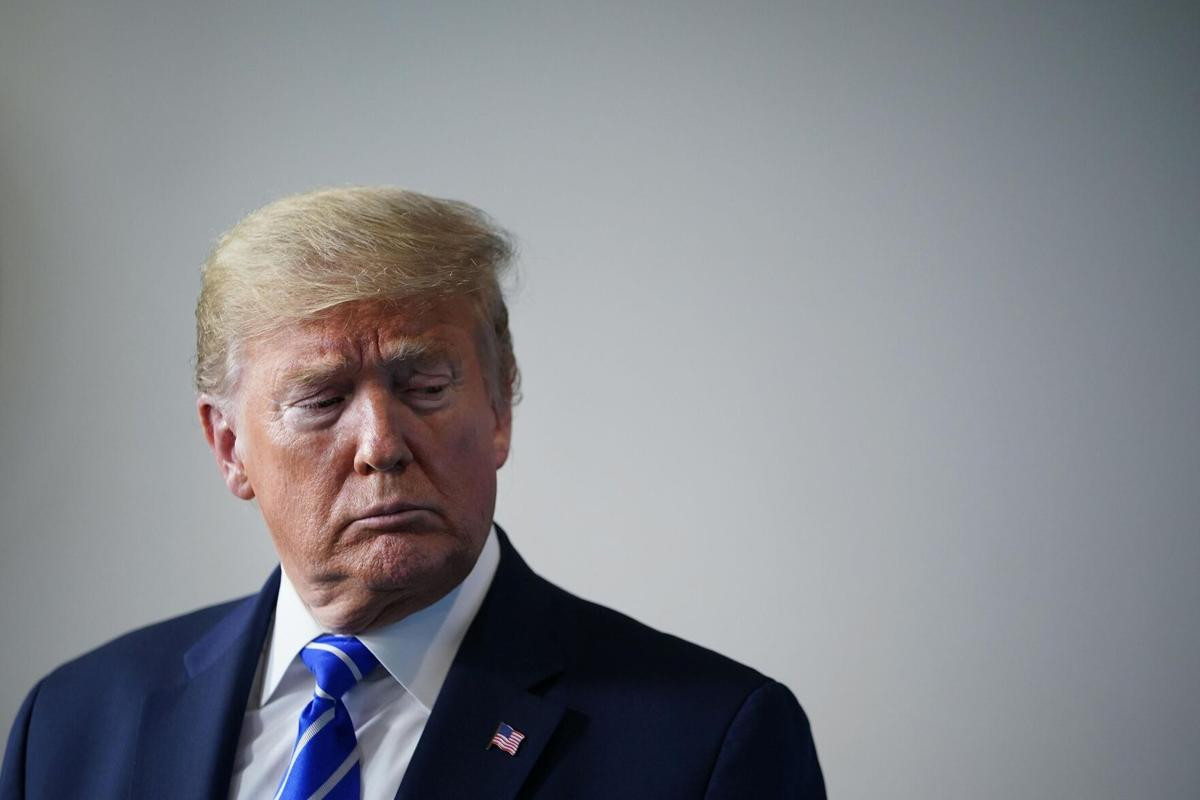 The US House impeachment managers on Thursday requested Donald Trump testify at his upcoming Senate impeachment trial over his role in the January 6 riots at the Capitol. Lead impeachment manager Jamie Raskin sent a letter to Trump’s attorney Thursday requesting that the former US president testifies before or during the upcoming impeachment trial, which begins next Tuesday, arguing that his testimony was needed after he disputed the House’s allegations that he incited the insurrection at the Capitol. “Two days ago, you filed an Answer in which you denied many factual allegations set forth in the article of impeachment,” Raskin, a Maryland Democrat, wrote.  “You have thus attempted to put critical facts at issue notwithstanding the clear and overwhelming evidence of your constitutional offense. In light of your disputing these factual allegations, I write to invite you to provide testimony under oath, either before or during the Senate impeachment trial, concerning your conduct on January 6, 2021.” The House’s letter did not threaten to subpoena Trump if he does not appear voluntarily, though Raskin suggested the managers would use his refusal against him, writing, “We reserve any and all rights, including the right to establish at trial that your refusal to testify supports a strong adverse inference regarding your actions.” 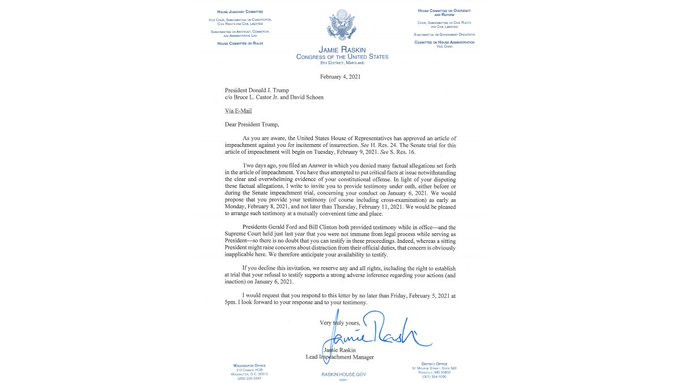 This comes Trump’s legal team filed its trial brief, asking that the Senate to dismiss the impeachment article against the former president “because the Senate lacks jurisdiction to remove from office a man who does not hold office.” “In the alternative, the 45th president respectfully requests the Senate to acquit him on the merits of the allegations raised in the article of impeachment,” the attorneys, Bruce Castor Jr. and David Schoen, wrote in the 14-page brief. They denied that “the 45th president engaged in insurrection or rebellion against the United States” or that he violated his oath of office. “To the contrary, at all times, Donald J. Trump fully and faithfully executed his duties as president of the United States, and at all times acted to the best of his ability to preserve, protect and defend the Constitution of the United States, while never engaging in any high crimes or misdemeanors,” they wrote. Their brief says that Trump did not incite the crowd at his rally to engage in destructive behavior and that his statement that “if you don’t fight like hell you’re not going to have a country anymore” had nothing to do with the violence at the Capitol. It also rejects the idea that Trump intended to interfere with the counting of electoral votes, which Congress had begun to do that afternoon before the mob overtook the Capitol. Trump made it clear, however, in the runup to the joint session of Congress that he wanted Republicans and Vice President Mike Pence to interfere by contesting Joe Biden’s victory. On Trump’s false claims that the election was stolen from him, his attorneys say he “exercised his First Amendment right under the Constitution to express his belief that the election results were suspect.” They add that there is “insufficient evidence” to conclude that Trump’s statements were not accurate, “and he, therefore, denies they were false.”   The post US House impeachment managers request former President Donald Trump testify at his trial over January 6 riots at the Capitol. appeared first on Linda Ikeji Blog.