Update: Nigerian lady in Osun state who was assaulted by police officers during the lockdown awarded N5m as damages 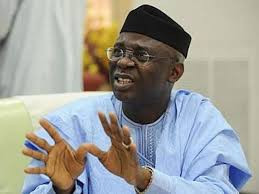 Former running mate to President Buhari, Pastor Tunde Bakare, says Nigerians might have been shortchanged after they rejected the PDP in 2015 and accepted the promise of change the APC came into power with. Bakare who is the Serving Overseer of the Citadel Global Community Church, formerly known as Latter Rain Assembly, said this in a virtual interview with journalist, Dele Momodu. According to Bakare, there is a feeling of disappointment amongst Nigerians about the Buhari-led government.”The truth of the matter is it is still the same Buhari, in the midst of many competing interests, we respond differently. The President is still himself, some have even asked me if he is not somebody else.Power changes people, has power changed him or is he making the best situation of the circumstances? He will be the one to answer itThe expectations of Nigerians, including everyone who woke up to say we need a breath of fresh air, has not been met. There is a feeling of disappointment.Citizens have right to demand for good governance. People deserve the government they get.We rejected PDP and embraced APC’s change but it appears we have been shortchanged.”he saidThe post ”We rejected PDP and embraced APCs change but it appears we have been shortchanged’ – Tunde Bakare appeared first on Linda Ikeji Blog.