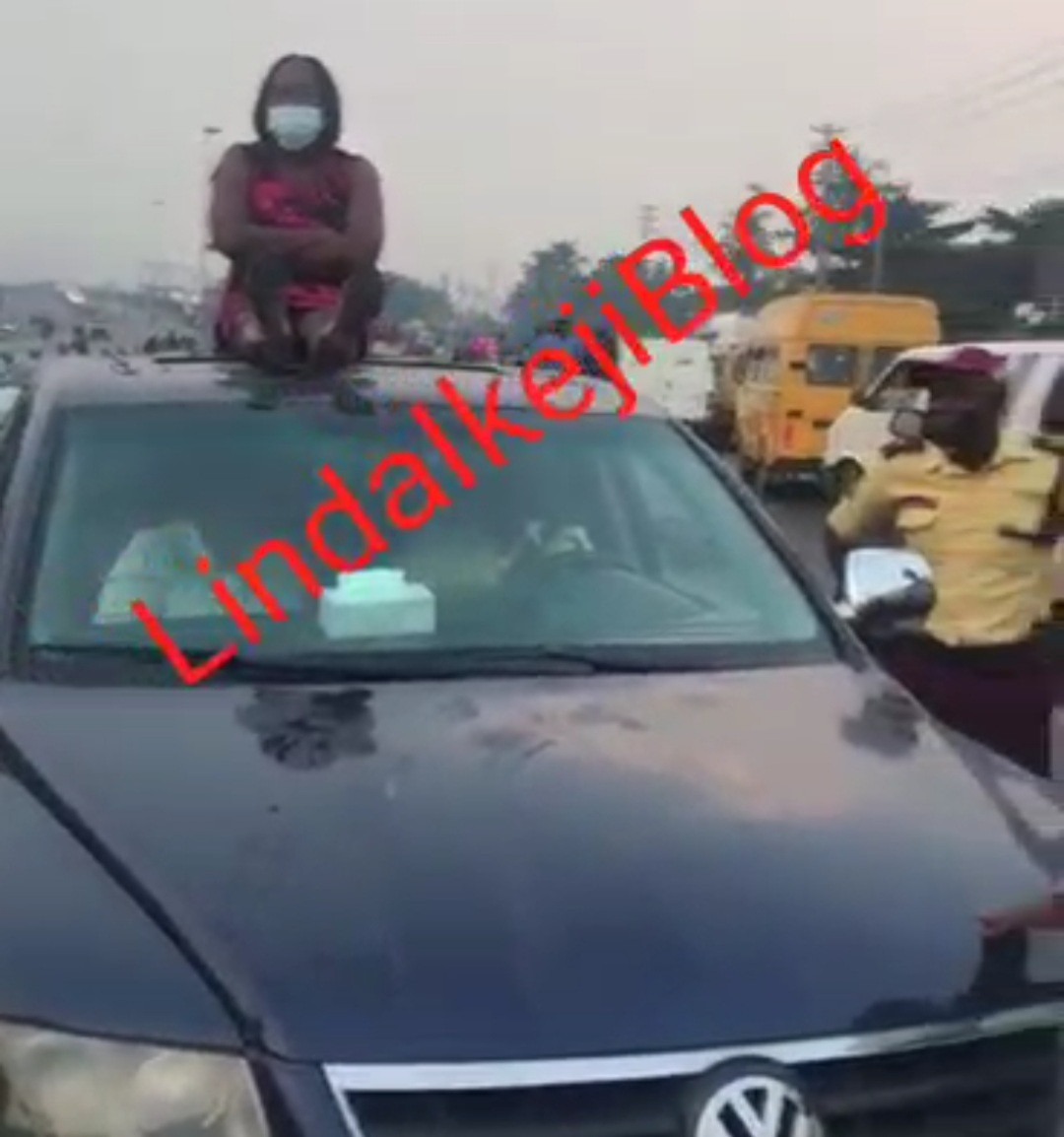 A woman created a scene along a busy road in Lagos after she and her male companion were stopped by LASTMA officials who tried to seize their car. The woman refused to allow the LASTMA official who had slid into the driver’s seat to zoom off with the car. She climbed onto the car’s bonnet and ignored pleas from passersby asking her to get down. Voices in the background are heard saying “they followed one-way”. The male companion is heard explaining what happened. He said that when they got to a point along the road, they were asked to make a turn and when they did, the colleagues of the same LASTMA officials who asked them to turn came and stopped them and seized their car. The man is soon heard calling the woman “Madam V” while asking her to come down from the car but she refused and climbed from the bonnet to the roof of the car. 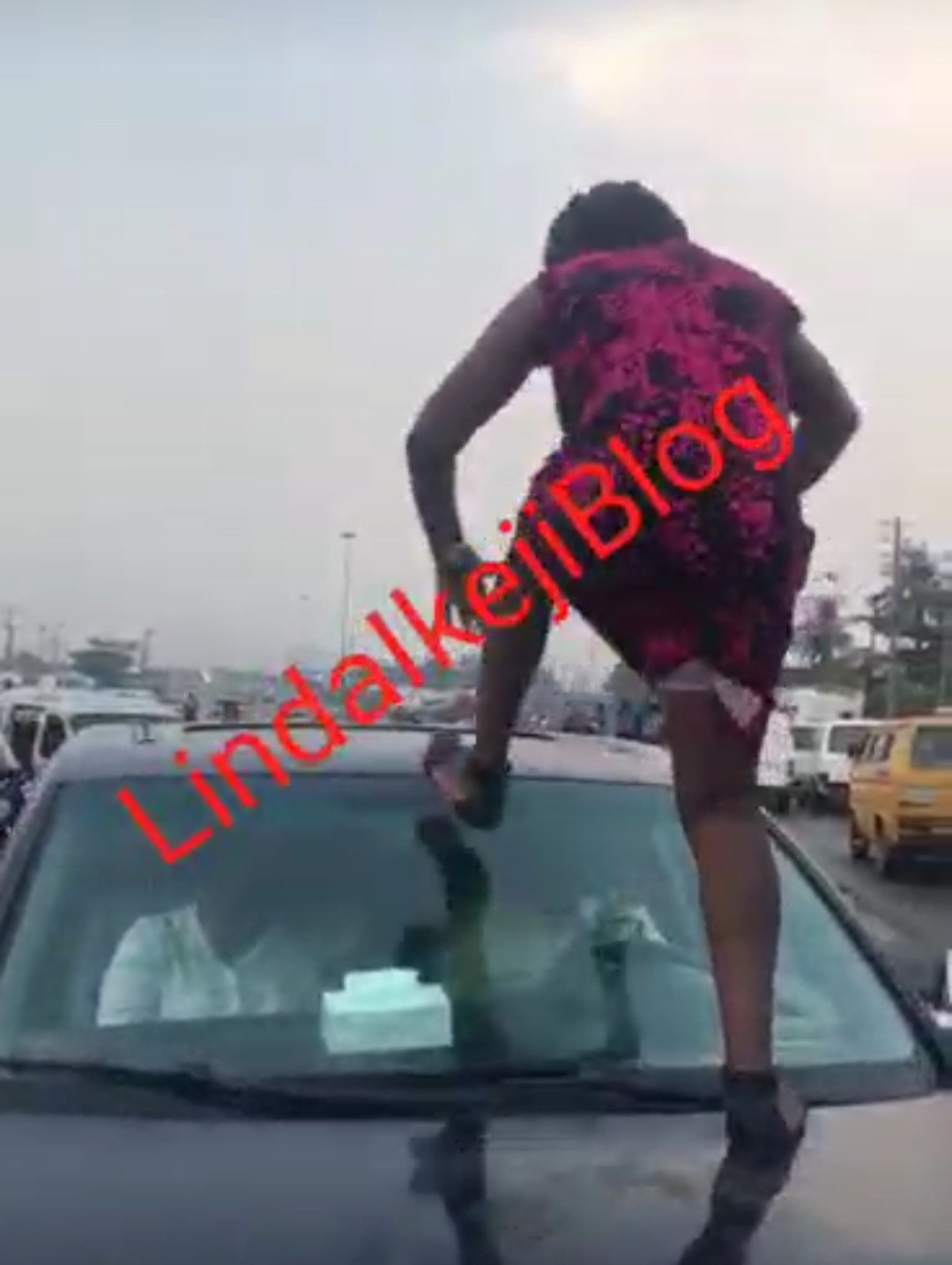 She is later seen inside the car, struggling for the car keys with the uniformed LASTMA officer to prevent him from driving off with their car. Watch the video below.       View this post on Instagram           A post shared by Lindaikejiblog (@lindaikejiblogofficial)The post Woman creates a scene as she climbs on roof of car to prevent LASTMA officials from driving it off appeared first on Linda Ikeji Blog.