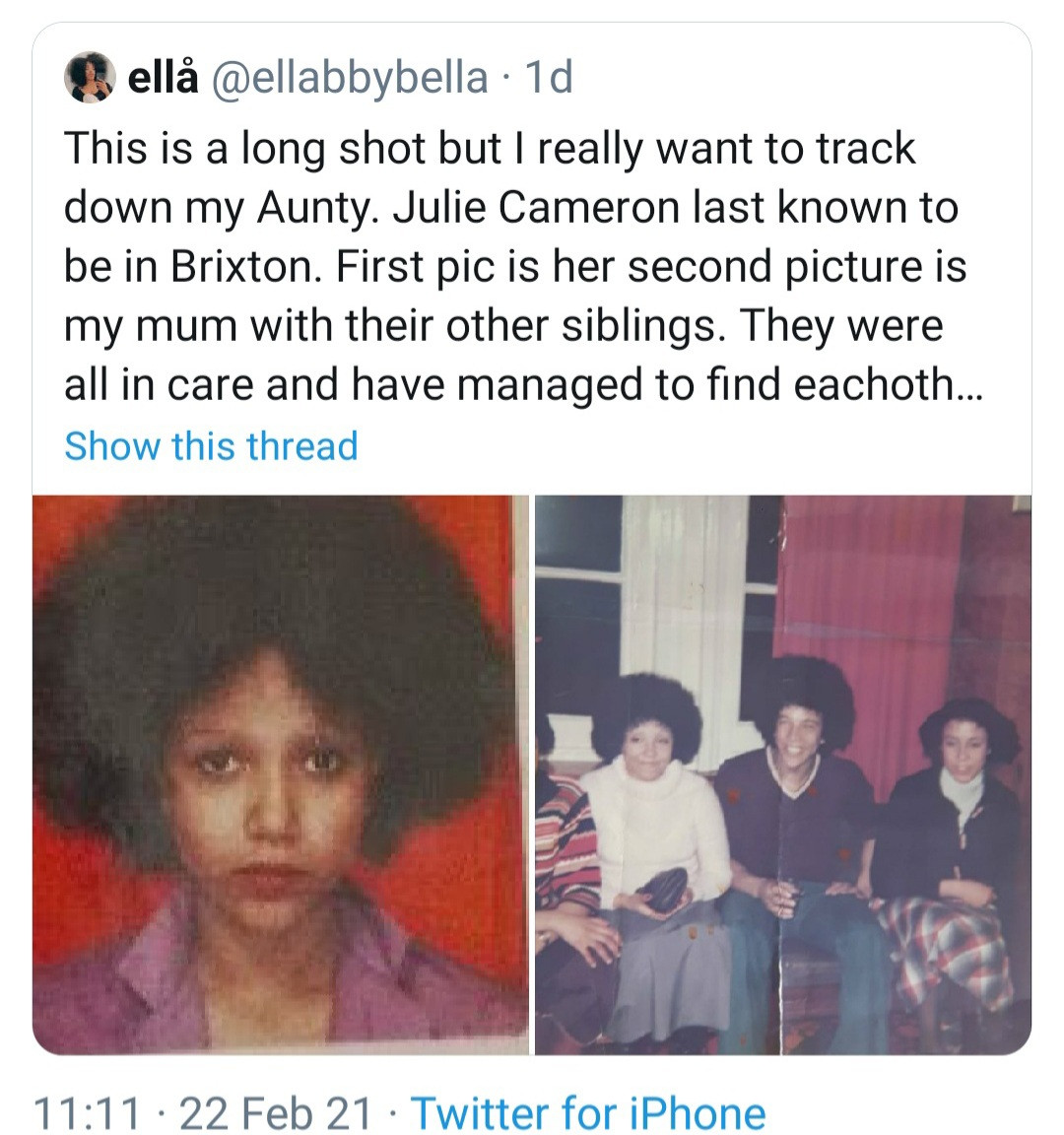 A woman took to Twitter to ask for help in finding her mum’s sister who hasn’t been seen for years and, in less than one day, Twitter users did their thing and the aunt was found. She explained that her mum and siblings were all placed in care but they managed to find each other and reunited later. However, her mum’s sister’s whereabouts was still not known. 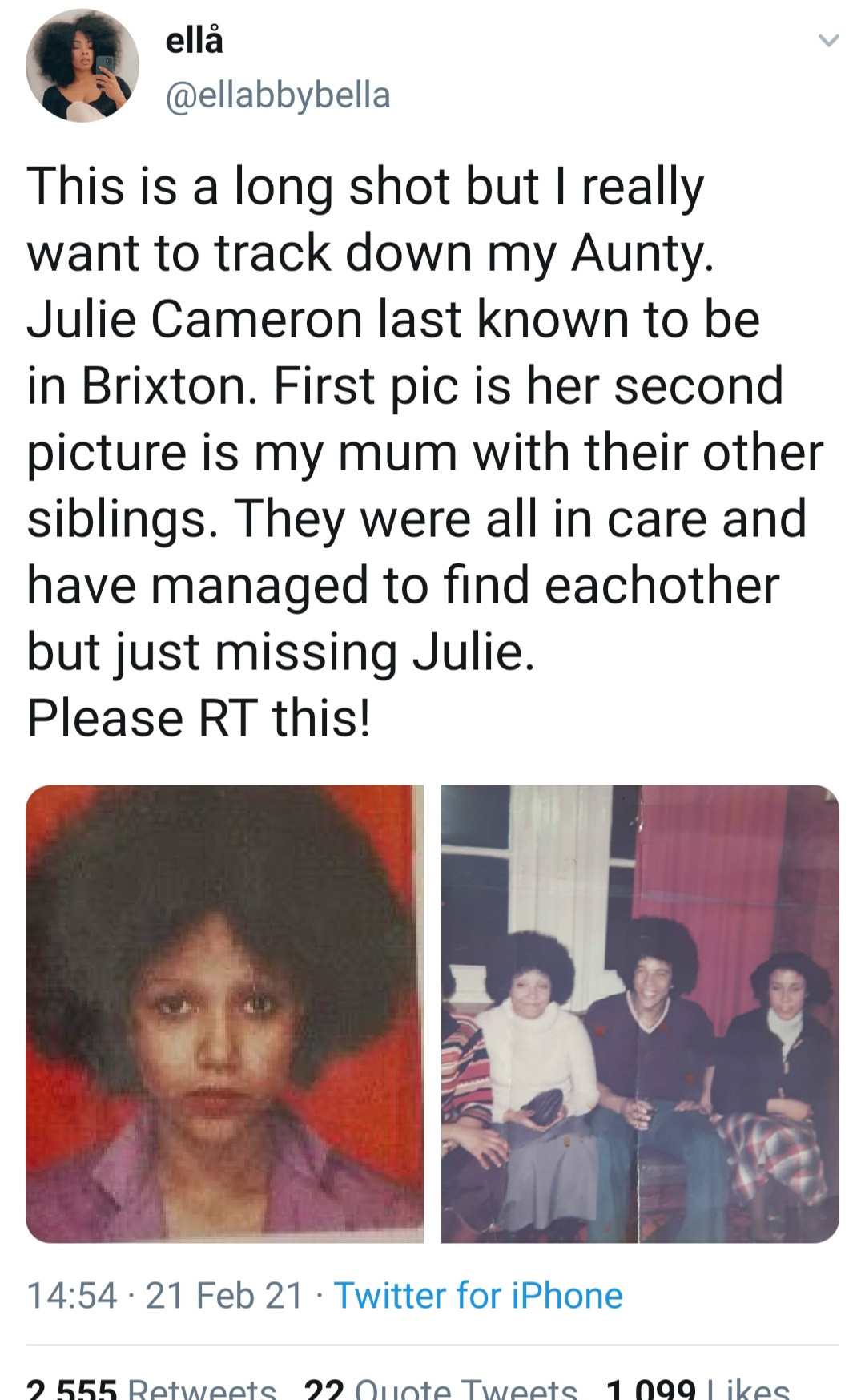 Hours after she made the announcement, she returned with good news. 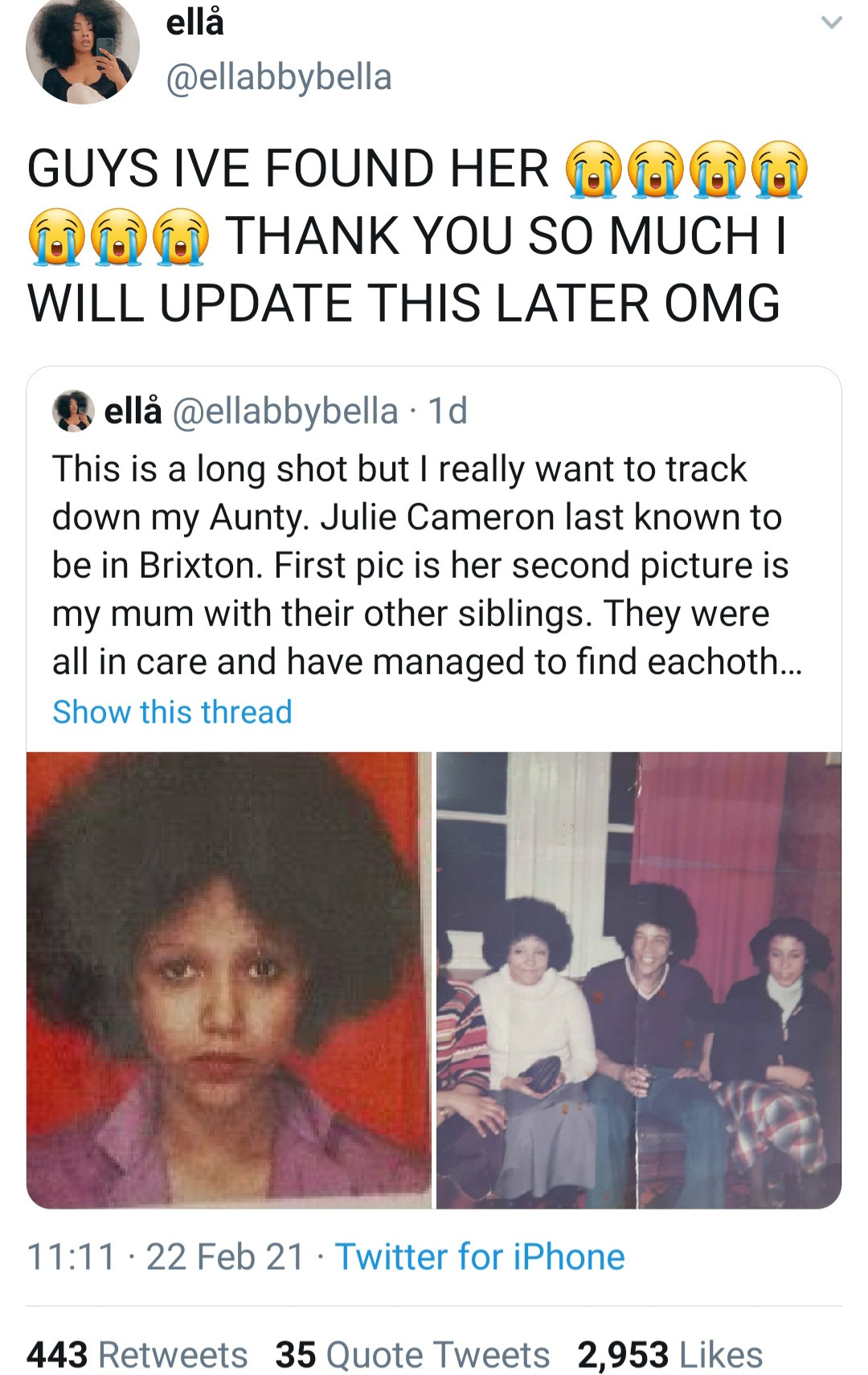 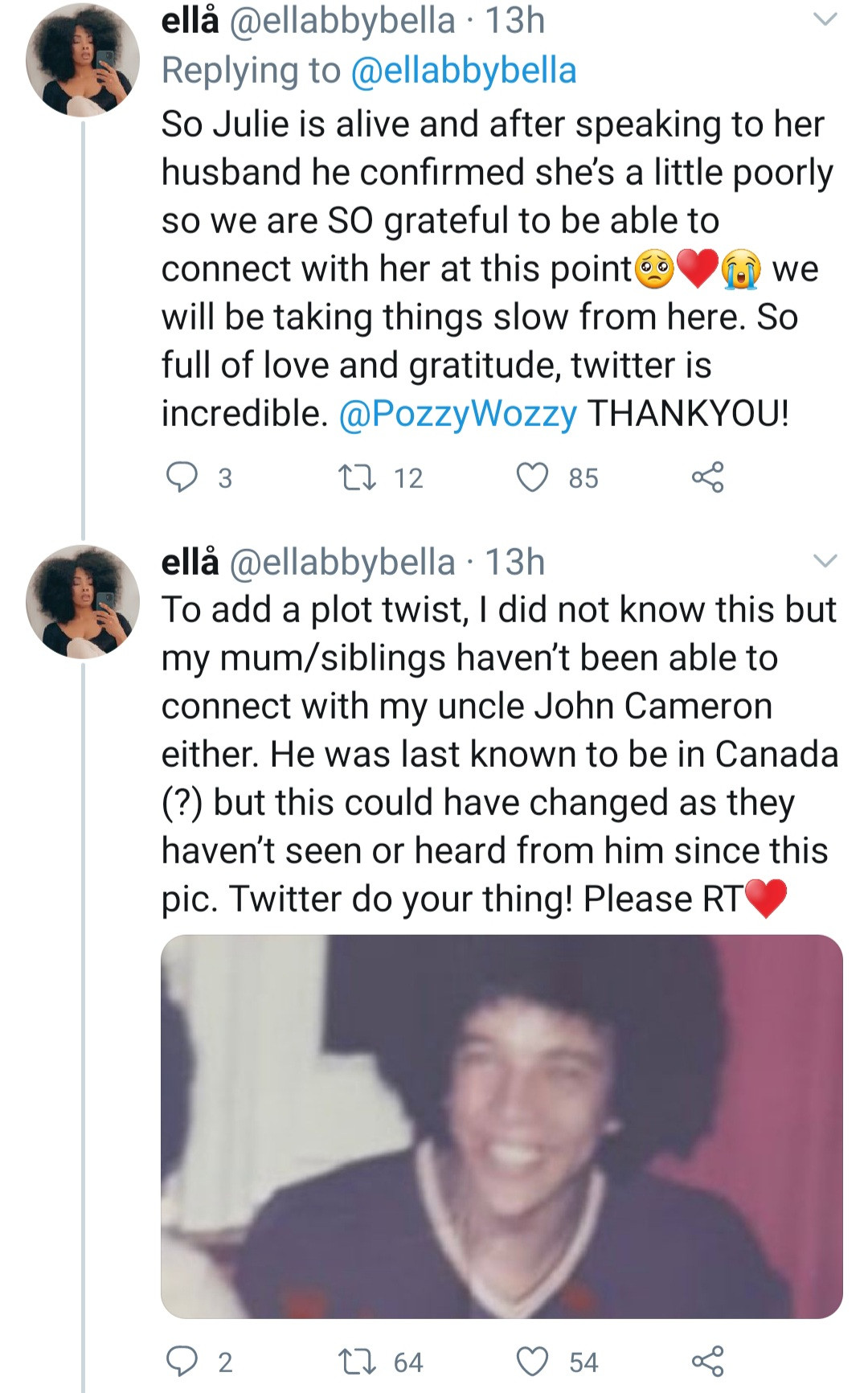